How to complete the exercise on numbers idioms and proverbs

To complete the exercise you need to read all the sentences and then write what you think is the correct number in the blank spaces for each sentence.

We found out all the ideas we had for the new product's name were already registered trademarks of our competitors, so we had to go back to square ________________

It wasn't such a bad mistake, but the manager already had ________________ strikes against him and so finally he was transferred to a less important branch.

He said the only reason negotiations broke down was because our suppliers were being inflexible, but I say it takes ________________ to tango.

Since we found out that the section managers are secretly dating each other, the employees have all been making excuses for not joining them for drinks in the evenings. As they say: two's company, ________________'s a crowd.

With a nine to ________________ executive attitude like that, he seems better suited to being clerical staff than a sales

The Sales Department and the Marketing Department both laid all the blame on each other for the unsuccessful third quarter, but I think it was ________________ of one and half a dozen of the other

We thought we were going to have to look for another supplier, but at the ________________th hour we solved our last remaining disputes and signed a new contract. 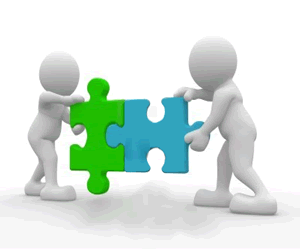 Lessons that are related to the exercise

To view any of the lessons below click on link.

Dictionary and how to use dictionaries