A story about Christmas and a poor family

Once upon a Christmas holiday there was a poor family. There was a mother and father and two little ones. The family was so poor that they had no place to live except in an old car out in the back streets. People that knew of them didn't understand their situation because they didn't try to understand. The town people would call them names and point fingers at them.

One day the two little ones went up to their mother and father and asked, " Why do we live in a car and not in a house? Why aren't we in school?" They had tears rolling down their cheeks.

Both parents sat them down, " Dear children, we do not have these things because we don't have jobs. We have tried to hang on to our jobs. It seems the people we always help are too worried. They worry about the way people look and not the work itself. We have little money to buy new clothes. We've tried to ask people for help but we can't get it. That's why we aren't able to have the things that others have." The children understood and didn't ever ask again.

Their parents sent them to the car to go to bed. It was the next day and it was the mother's turn to go out and see if anyone would hire her. There was no luck at all. So the mother and father sat down and talked about what they could try to do about the problems and make their children's dream come true.

That day a rich man, by the name of Joe, came into town. Joe had so much money in his pockets that he didn't know what to do with it all. Joe was the kind of person that couldn't have children. He wished that one day he could have children. He thought about adopting children some day. He wasn't quite sure what to do. Joe' had a heart of gold. He never thought about himself; he was always thinking of others and what they need.

As he was driving along this night he noticed a family of four. They were picking through the garbage for food; to keep warm they stood by a flaming garbage bin. He noticed that they were wearing rags. Their faces were dirty and their hair was messed really badly. Joe walked by and thought some more about what he should do.

The next day the mother and father went out to look for work. It was coming close to Christmas Eve and they wanted to try to find work once more before everything had closed. Door to door they went. Every where they went they were booted out, rejected, and doors slammed in their faces.

Joe was to witness this and he felt really badly. He couldn't believe how selfish the people who lived in town were. Joe wanted to do something about it. He thought for awhile, then he realized this family had something that he wanted and that was a family. Joe had something that they wanted. This was a home.

So Joe decided he would approach them. "I have been watching you since I came into town. I have seen you and your wife trying to make a living but when you have not been able to find work, you can't make a living that way. I've been thinking for couple of days. I have something you want. This is a home. You have something that I want. This is a family.

I want to invite you into my home for Christmas. After Christmas if you want to be a part of my family or should I say if I could be apart of your family, we can discuss it" The family said, "Yes!" After Christmas they all agreed that they should become a family. The children began school. The parents got a job and they lived happy ever after. 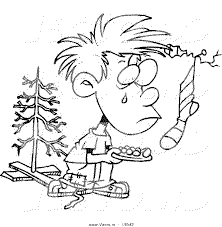